It has been estimated that the agriculture sector in India consumes anywhere between 18-20 percent of all electricity generated at highly subsidised rates. Power subsidies are growing IN many states, including Tamil Nadu. Power tariffs in Tamil Nadu have not been revised since 2014. The losses of power distribution companies or DISCOMS have reached unmanageable levels, leading to questions on their viability. In addition, industry, through high tariffs for power, has been cross-subsidizing agriculture and domestic consumers, resulting in lower profits. Some estimates state that India uses more than 4 billion litres of diesel and 85 tonnes of coal to power water pumps for irrigation. There is a pressing need to look at sustainable alternatives.

DISCOMS are on the verge of closing due to huge financial losses. Solutions to reducing subsidies for farmers needs to look at integrated models which provide water and electricity to farmers without them having to pay huge amounts and, at the same time, avoid subsidies. At the same time, there are a large number of domestic consumers in cities and towns who can afford to pay for electricity but are currently being subsidised at the cost of the survival of the DISCOMS. This note looks at an integrated solution that eliminates the subsidies, provides power, helps farmers to earn an income and brings about the efficient use of water and energy.

Ministry of New and Renewable Energy (MNRE), Government of India has launched a new programme during 2019-20 viz., Pradhan Mantri Kisan Urja Suraksha evam Utthaan Mahabhiyaan (PM-KUSUM) scheme for the promotion of solar energy. Sanction has been obtained from MNRE to the State during October 2019 for installation of 17,500 off-grid standalone solar powered pumping systems from 5 hp to 10 hp capacity with a validity of one-year period. The scheme has three components:

Component A and Component C of KUSUM have the potential of being organised through farmers cooperatives. If, when planning implementation of KUSUM across the Tamil Nadu, the Government can look at studying how these schemes can be carried out through cooperatives, it could bring in a fresh perspective. The idea is to integrate farming, electricity and irrigation to get maximum efficiency in water and energy usage, reduce subsidies and bring in renewable energy, mainly solar, to have maximum gains in terms of sustainable practises.  Huge efficiencies can be achieved through forming energy cooperatives. The Government must emphasize to the farmers that free power is unviable and they should accept solar power as the alternative. Tamil Nadu should also examine the feasibility of extending KUSUM to the plantation sector and the contract farming sector so that the entire agriculture/horticulture sector starts using solar energy and benefits from the advantages of becoming sustainable.

Electricity supply in Tamil Nadu is free of cost to the farmers and agriculture alone consumes 20% of power generated. Though the subsidy burden for free electricity to agricultural consumers is partially shouldered by the state Government, the primary subsidy burden rests with the state-owned electricity utility, Tamil Nadu Generation and Distribution Corporation (TANGEDCO). The implementation of KUSUM, a Central Government sponsored scheme in Tamil Nadu could achieve many of the objectives in reducing electricity subsidies, reduce wastage of water and power and introduce renewable energy to farming.

TANGEDCO also loses heavily through supply of power to domestic consumers. Domestic electricity connections account for around 30 per cent of the State’s energy consumption, and contribute towards a bulk of average aggregate technical and commercial (AT&C) losses of 13.54 per cent. It is time the State Government looked at domestic consumers through a lens and provide power subsidies only to those that cannot afford electricity. Rather than look at incomes for affordability, the Government can make a selection by examining the ration card holders. In Tamil Nadu, there are many types of ration card holders. The ones mentioned below are for those with the lowest income or the poorest categories.

These two categories of poor persons in the State of Tamil Nadu constitute around 18 million people. The State should look at restricting electricity subsidies to only these domestic consumers and charge normal rates to all other domestic consumers.

As everyone is aware, subsidies are not feasible in the long run and have to be eventually done away with. It is vital that before doing that, the authorities have to come up with alternatives that are feasible and acceptable to all the affected parties. These require political will and a long-term vision. It also requires education and creating awareness. The alternatives mentioned above are economically viable with initial help from the government. It is clear that there can be a win-win situation if governments are willing to look at innovative and integrated ways to reduce subsidises. 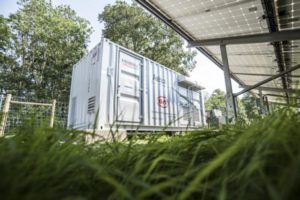 Battery energy storage systems as an alternative to diesel generators 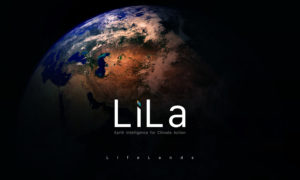 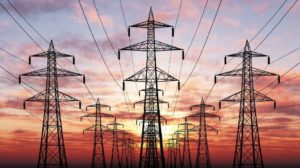