Water and Energy in Tamil Nadu’s Agricultural Sector; from a Problem to an Opportunity

Our society faces a cascade of pressing issues in the highly interlinked sectors of energy, water, land and livelihood (the WELL nexus). India is counted amongst the countries that will reel from the worst effects of climate change, including extreme weather events and droughts. The report Composite Water Management Index released by Niti Aayog in June 2018 stressed the water scarcity in the country. Around 600 million people in the country today are facing high to extreme water stress. Tamil Nadu has been facing two consecutive years of drought and has been rated as ‘extremely water stressed’. Ground water levels are dwindling at a fast rate. The water scarcity is, in turn, having a severe effect on the agricultural sector and the many livelihoods dependent on it. The sector employs 40% of the State’s workforce and accounts for 20% of the total electricity consumption, and for an estimated 80% of the total ground water extraction.

To meet the challenges in the WELL nexus areas, different central and State Government initiatives have been launched. These include the Pradhan Mantri Krishi Sinchayee Yojna (PMKSY) launched in 2015; the Agriculture Demand Side Management (AgDSM) Programme to replace inefficient agricultural pump sets; and the Kisan Urja Suraksha evam Utthaan Mahabhiyan (KUSUM) scheme approved in February this year for the use of solar PV at farm level. However, there is lack of convergence between these schemes to derive synergistic benefits for all the stakeholders: farmers, the State and the electricity utility, and the public at large. Meeting the pressing needs of the agriculture and power sector in the State will require an integrated problem solving approach of the water-energy-land-livelihood (WELL) nexus. A three-pronged approach that integrates grid-interactive solar PV (photovoltaic), energy efficient pumps, and advanced irrigation technology promises to substantially alleviate the issues outlined earlier.

Solar energy produced at farm level comes at a lower cost than the average cost of supply of grid electricity. The on-site consumption of solar energy by the farm will significantly reduce the subsidy burden on the State and TANGEDCO. As the farmers receive free electricity supply, the investment for deployment of solar PV at farms is unlikely to be made by them and will have to be made by a third party, such as a RESCO (Renewable Energy Service Company), which gets paid by TANGEDCO for the solar energy produced. To participate in such a program the farmer should benefit as well. An incentive can be provided whereby the farmer earns more when electricity (and water) consumption is reduced. If well designed, such an incentive will also motivate the farmer to invest in energy efficient pumps and advanced irrigation technologies.

Combining solar PV with energy efficient pumps reduces the pumping energy requirements and translates into less units of electricity that need to be supplied by TANGEDCO free of cost.  Advanced irrigation technology (micro-irrigation in combination of ICT enabled precision irrigation technology) has the largest beneficiary impact on farmer income due to increase in yield; it also greatly reduces water and energy requirements. With the right program design, farmers can self-finance advanced irrigation from the increase in crop yield and the solar farm incentive along with the help of existing subsidy schemes. TANGEDCO needs to be the key driver for a successful implementation of such a program.

Introducing solar PV at farms would also contribute significantly to meeting the State’s solar energy target. The recently announced Tamil Nadu Solar Energy Policy 2019 set a solar energy target of 9,000 MW by 2020, of which 40%, or 3,600 MW is allocated to the consumer category solar (small-scale solar).

For Tamil Nadu, it is estimated that such an integrated approach would result in a total elimination of the free electricity subsidy, an increase in farmer income of up to 70%, reduction in water usage up to 45% and curbing of CO2 emissions up to 283%. Further, there is a large green job creation potential in manufacturing, installation and maintenance.

PrevPreviousRooftop Solar in Tamil Nadu: From doom to bloom?
NextMaking Sense of KUSUMNext 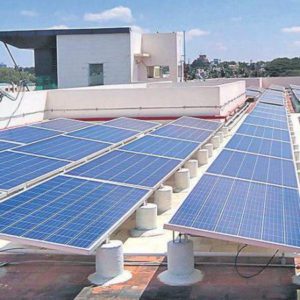 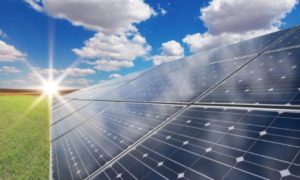 Towards a distributed solar energy future 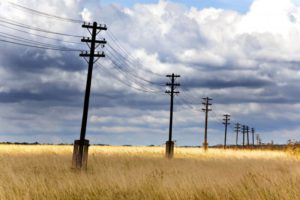 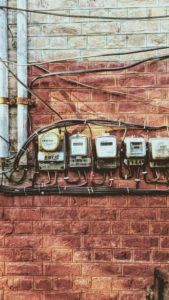